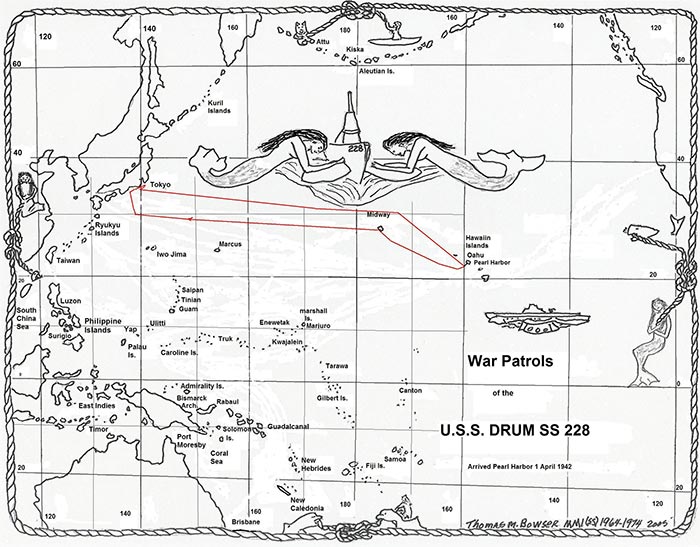 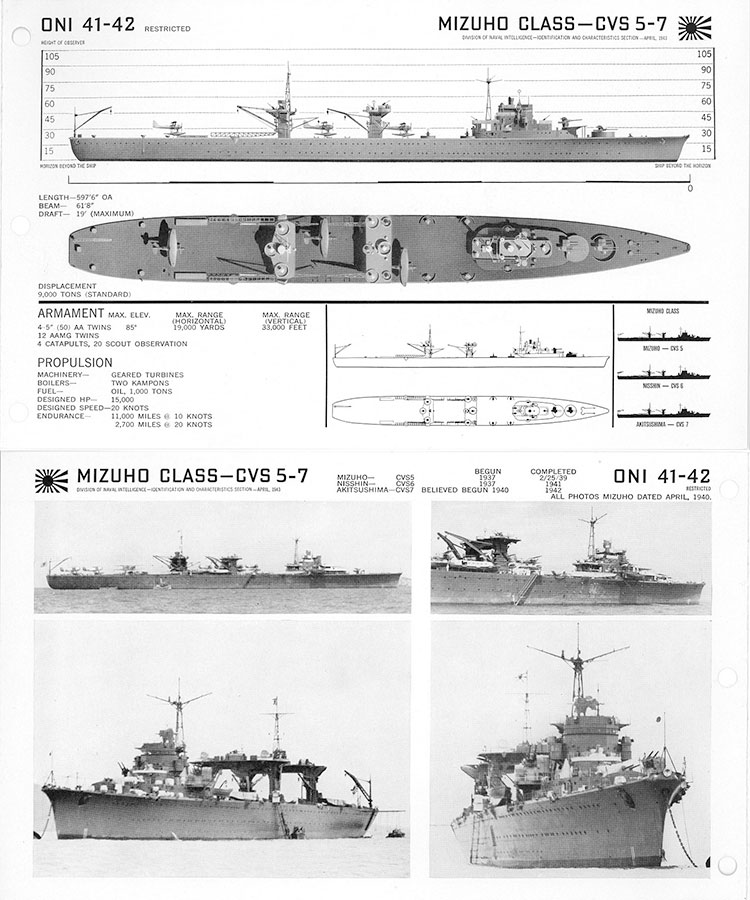 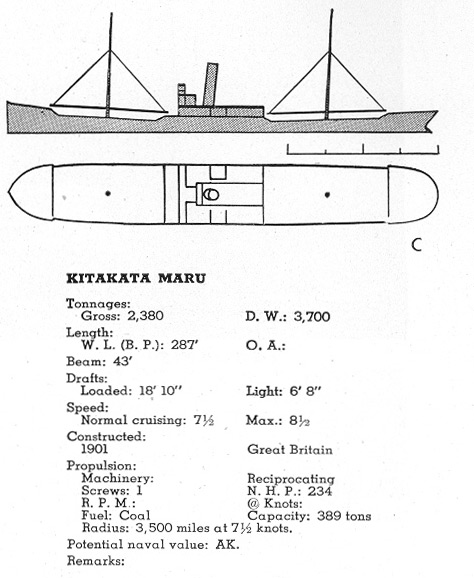 (1.) Narrative (All times are KING unless otherwise labeled)

The weather encountered in the area and enroute was generally fair. Winds in the area were generally northeast. A shift of wind to southeast, accompanied by dropping barometer, presaged changing weather. This occurred three times during the month of May, with exceptionally strong winds of gale force on May 7, and May 20. Immediately preceding such changes of weather, and for several days thereafter, strong surface swells were encountered that made depth control at periscope depth very difficult. There were a number of days of no wind with glassy seas and low swells. This was very unfavorable for periscope exposure, particularly when operating close inshore.

No strong tides were encountered. The behavior of the Japan Stream in the two areas was as described in reference (a), pages 39-42, and as indicated on charts of the areas. This current is a considerable factor in navigation. Its effect on submerged operations is very important as the drift due to current is likely to be greater than headway made at sustainable speed. This is particularly important among the islands of Izu Shoto, where the currents run exceptionally strong and generally east in the channels between the islands. This must be considered if planning to operate westward of those islands, as it is conceivable that a sot on the islands might make it necessary to surface in order to avoid running aground. In the channel between Izu Shoto and Mikomota Shima it was found impossible to make headway to the westward against the current at speeds under 4 knots. Strong currents setting north past Inuboe Saki were also encountered.

No difficulty was experienced in fixing the ship's position on clear nights at any time during the patrol. The chief difficulty was the effect of current described in paragraph 2. The high grade endless tangent screw sextant provided this ship, was used to take sights at night using the available horizon, and satisfactory results were obtained regardless of the phase of the moon. The bubble octant was used experimentally but no dependence was placed on it, as sights obtained with the sextant were sufficiently accurate at all times.

In bad visibility near land, the radar was useful in getting a rough fix when the ship's position relative to high points of land was already known approximately.

Numerous navigational lights on shore were sighted at night, and all appeared to have the characteristics described in reference (a). When close to shore in daylight, submerged, it was possible to keep the ship's position by cutting in objects on shore and prominent mountain peaks.

The fathometer was useful when close to shore. Soundings were obtained by single pings.

REMARKS: This attack was terminated by necessity of diving to avoid ramming by enemy DD. No opportunity came to observe evidence of sinking. There was an explosion 35 seconds after the second torpedo was fired.

REMARKS: This was a snap shot while submerging to avoid ramming by destroyer target.

REMARKS: This attack was on a destroyer lying to -- with steady bearing. Misses cannot be explained.

REMARKS: At the moment of explosion target became covered with gray haze, she turned away toward the beach, listed to port and settled by the stern. Her screws stopped 5 minutes after the explosion. A few minutes later a dull explosion was heard, and all that could be seen was a pall of smoke.

REMARKS: Target was hit dead amidships and her back broken -- settled at once, crew going over side. Actual observation of her sinking was cut short by bombing attack which developed a minute or two after firing. Ship unquestionably sank.

REMARKS: Target was hit just abaft her stack. She began burning aft and settled rapidly, sinking by the stern in about 3 minutes.

Japanese traffic is routed close inshore wherever possible. The Japanese coast and island passages visited are patrolled by destroyers and converted trawlers equipped with supersonic and probably sonic gear. The lanes along the coast are also patrolled by aircraft. Important ships are escorted.

The depth charge attack of 2 May was very persistent (16 hours). Most of the droppings were single, though barrages were employed toward the end. Approximately 31 charges were heard. That there were silent sonic vessels engaged in this attack is evidenced by the sudden detonation of depth charges after a period of almost an hour of silence in our sound gear.

The bombing and depth charge attack of 13 May was less persistent, but it developed with amazing rapidity. Airplanes apparently sighted the torpedo wake, so that the prompt attack with bombs was natural. But the unmistakeable sound of propellers and echo ranging equipment within five minutes of a periscope sweep which revealed no vessels, and the prompt and close depth charges were surprising. The very high speed screws and the quickness of their arrival on the scene suggests motor torpedo boats. During this attack about 17 charges were heard.

During this patrol, hundreds of small craft were sighted. Undoubtedly many were simply fishing. Most of those sighted at night were lighted; some were not. Although one cannot be sure that many of those are engaged in anti-submarine observation, there is good reason to believe that some are. For example this ship spent two days and nights in the north-south passage of the Izo Shoto without sighting any small craft, then closed the coast, sank a ship, and retired under depth charge attack. The following day and night, in the area previously deserted, small craft were numerous. Possibly these are placed as nuisances, which they unquestionably are to a submarine trying to attain--undetected--a good position for attack on worth while targets.

The depth charges heard on May 19 demonstrate that weather is no deterrent to Japanese anti-submarine activities. The sea was very rough (we broached), and sound conditions for surface vessels must have been bad. Our broaching brought on the attack undoubtedly, but the fact that the droppings became progressively closer and were distributed over a period of two hours would make it appear that they were from a surface craft, not an airplane.

The target bearing transmitters were not used because of their unreliability. Errors up to 5 degrees developed, but these were not constant. Therefore, no correction could be applied with any assurance of its being right.

(a) One torpedo, in flooded tube at 60 feet for 15 minutes, contained 10 gallons of water in afterbody and a completely flooded gyro pot. Inspection revealed the gasket beneath the air manifold access plate broken, and the studs of the plate not set up tightly.

(b) One torpedo, in flooded tube at 60 feet for 20 minutes, contained a completely flooded exploder. The screw plug on the bottom and the plug at the forward end of the warhead were both slightly loose. The spare exploder carried was installed in this torpedo.

(a) Negative tank flood valve gasket was blown after one week on station. Tank was carried full thereafter. Loss of the use of negative tank proved a definite military deficiency.

(b) The master blow valve to the after group of main ballast tanks developed a bad pit in its scat. Two efforts were made to repair this, the second being successful. The after and middle group vents were left OPEN while submerged on station.

(c) The attack periscope was foggy throughout the patrol.

(d) During the night attack on 1-2 May, the attack periscope, number two, was lowered by using the "emergency lowering" push button. The slack wire cutout switches failed to function rapidly enough when the lower limit periscope travel was reached. The after hoisting wire unreeled from the drum to such an extent that when the periscope was hoisted again, the after wire took all the weight. This caused the lifting ring to cock, and prevented the training of the periscope. After the wire was rearranged on its drum, the periscope could be trained.

On May 18, the south rotor bearings of the gyro compass became very noisy and were renewed. On June 11, a similar failure occurred in the north rotor. The bearings became noisy and caused the gyro to vibrate excessively. Both casualties were preceded by a loss in vacuum in the rotor casings.

Cause of defect is not known.

Communications were very good between this task unit and Commander Task Force SEVEN through NPM.

All messages sent by Commander Task Force SEVEN were received in their entirety except the first one, received the first night in the area. The first few groups of this message were missed due to radar interference and extensive submerged operations that night and the following night.

NPM could be heard on low frequency at all times while on the surface, but it was difficult to copy the Fox Schedules for about one hour at sunset and sunrise beyond 2500 miles from Pearl Harbor. At these times these schedules could be clearly heard on one of the high frequencies. Submerged reception at periscope depth on NPM's low frequency, using loop coupling unit, could not be obtained beyond 1200 miles from Pearl Harbor.

The enemy appeared to be jamming 4115 and 8230 kilocycles, and at times it was impossible to copy 4115 kilocycles due to this interference.

Transmissions to Commander Task Force SEVEN were sent directly to NPM on 4235 kilocycles at night.

Five enemy plane contacts were made by the SD radar; however, there were several instances in which the known presence of planes was not detected by the radar. This leads to the conclusion that reliable negative information cannot be obtained with this radar. A radar warning bell located in the conning tower and operated from the radio room, proved to be of great value in notifying the bridge of radar contacts.

Sound conditions off the southeastern coast of Japan were very poor. The maximum range at which targets were picked up was 3000 yards, and there were instances when the crews of heavy ships making about 10 knots could not be detected at 900 yards. These poor sound conditions are probably caused by the large number of minute particles of foreign matter suspended in the water. There were disturbances in the water, thought to be of volcanic origin, some of which could be easily mistaken for light high speed screws. Enemy echo-ranging equipment operated on 21 kilocycles.

There were no density layers observed.

The health and morale of the crew were excellent during the entire patrol. There were no illnesses except minor complaints of no consequence. Vitamin tablets were issued in accordance with current instructions. The food was good, well cooked and well varied. We were fortunate in having on board an apprentice seaman-cook, making a total of three, which permitted one to devote his entire time to baking. Such an arrangement is considered highly desirable if not a necessity. During the 31 days in the areas, meal hours were observed as follows:

Soup or sandwiches were generally served at 1600. These meal hours were satisfactory.

The boat was comfortable throughout the entire period of operations. The air conditioning system was used during submerged hours, using one or two units as necessary. During one or two exceptionally long dives it was necessary to use CO2 absorbent and oxygen.

(14.) The patrol was terminated by the provisions of the operation order.

(15.) Miscellaneous comment and figures which may be useful to others

The first time we were depth charged, the refrigerator motors were stopped on the order "Rig to Run Silent". It was some time before we became aware that the cold room temperature was rising and the system cut in again. The oversight cost us a little meat. On a tropical patrol it might have been serious.